The History of LSTs

“Putting the two movements together, landing from the ocean and then fighting on land, was called amphibious warfare.”

The Landing Ship, Tank (L.S.T.) was a wartime vessel created by the Allies during World War II. At that time, it was the largest ship among the many that made up the newly created Amphibious Forces. It supported amphibious operations (ship to shore) by carrying tanks, mechanized vehicles, supplies, cargo, smaller landing craft, and most notably—landing troops directly onto enemy shores. They were designed to land on virtually any type of shore that had a gradually sloped beach due to their specially designed hull and flat bottom. The LST also saw action in the Korean and Vietnam Wars. 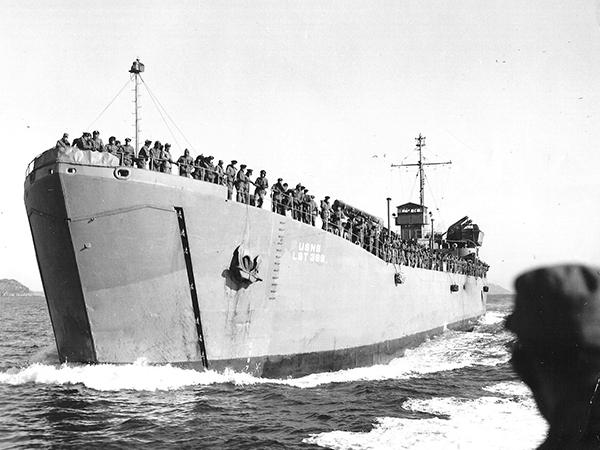 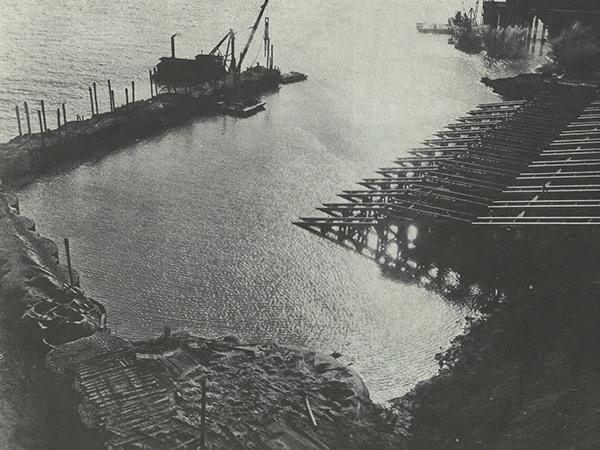 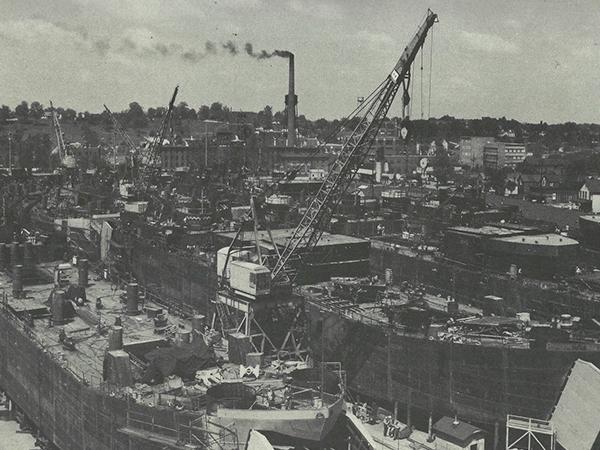 “At the time of the Japanese attack on Pearl Harbor, the U.S. Navy did not have a single oceangoing ship that could run its bow onto the beach and deliver a cargo of big tanks and other heavy equipment directly to the shore without benefit of piers or cranes. Less than a year later ships of this type were sliding down the building ways of small shipyards in a steady stream. Without these ships there would have been no Southwest Pacific Amphibious Force. Without these ships the major amphibious invasions of Europe and the Pacific could not have been undertaken.” 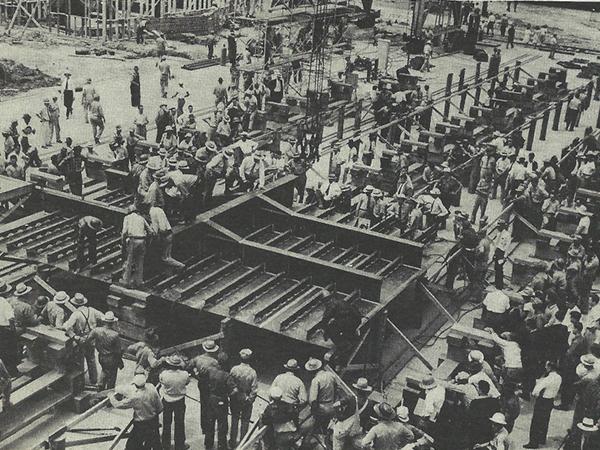 Their crews consisted of courageous and resourceful sailors, many just mere teenagers who never left their hometown before war. It is incredible what these young men accomplished from the coasts of Africa, Italy, and Normandy France, to the reef-ridden waters of the Southwest and Central Pacific, to the frozen waters of the Alaskan Aleutian Islands. The sailors, on ships that carried valuable cargo, spearheaded the lightning assaults by the Amphibious Forces on shores fiercely held by the Japanese, Germans, and Italians. The men that manned those LSTs played a critical role in the Allied victory that won World War II. The Allies constructed about one thousand LSTs in the United States during World War II. As many as eighty more LSTs were constructed in the United Kingdom and Canada. 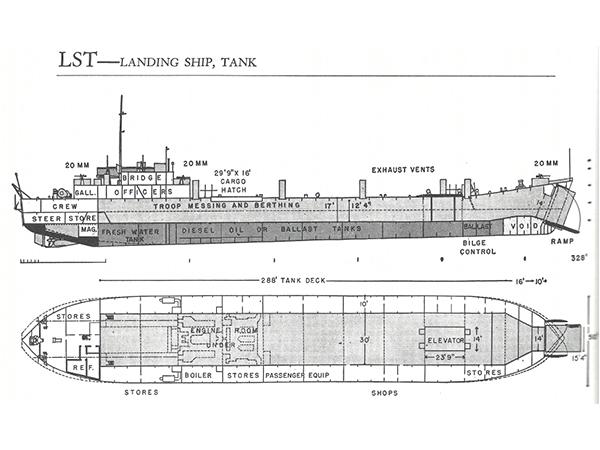 An oceangoing ship designed to land waterproofed tanks or vehicles over a low ramp onto a slope. For inaccessible landings, sectional pontoons are used or earth causeways are built. The oceangoing load is limited to 2,100 tons on LST(1) class and 1,900 tons on LST-542 class. Dimensions: length, 328’0” o.a.; 50’0”. Speed: 10.8 knots maximum.

“It was true that the LST - for Landing Ship, Tank - had an ungainly, awkward appearance. LSTs were somewhat smaller than a typical freighter, but they probably appeared fairly large to [Ernie] Pyle because of their boxlike shape. The U.S.- designed and built LST of World War II was 328 feet long and 50 feet at the beam, with a large, open deck area, which could serve as another transportation deck for supplies, weapons and vehicles. The bow was blunt and high, with doors which swung open to permit lowering of a steel ramp. Although the ship was designed for ocean travel as well as beaching, the bow seemed to push a lot of water when an LST was fully loaded and sitting low. Nothing "sleek or fast," the LST was built for a speed of 10.8 knots. But there were those who said this was an exaggeration.

Right from the beginning, the LST's slow speed and high freeboard area invited the nickname, "Large Slow Target." There were variations on this theme and one crew said theirs really meant "Last Ship (to) Tokyo" while a broached LST was sometimes called a "Large Stranded Target." It took LSTs a long time to get anywhere, and the deck logs of various ships detail days and weeks of crawling across the sea: Eighteen days from Hawaii to the Solomons; twelve days to cross the Atlantic; and a week to reach the Aleutians from San Francisco – a journey that most ships complete in three days.”

After World War II ended, LSTs continued to serve in the Korean and Vietnam Wars. From 1952 to 54, new, improved, and upgraded classes of LSTs were built, starting with the LST 1156, which was known as the Terrebonne Parish-class.

Gradually, and the older classes of LSTs were decommissioned. The LST 1184 (USS Frederick) was the last LST in U.S service. She was decommissioned in October 2002.

The LST 325 currently resides in Evansville, Indiana and is available to tour. She also tours different cities.  If you are interested in the most up to date tour information for the LST 325, please click here to visit their official website. 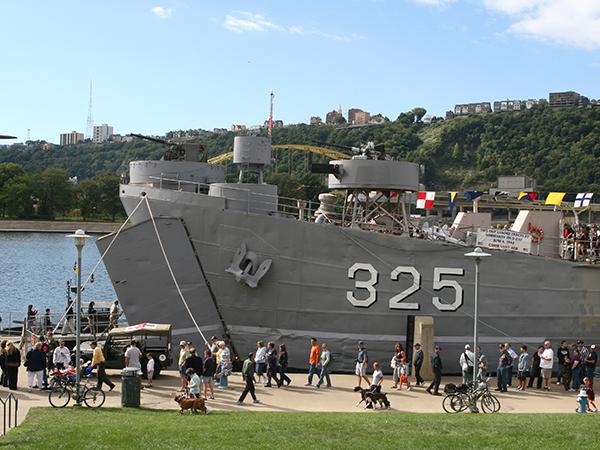